“They both feel that the SaeboStim Micro is making a difference” 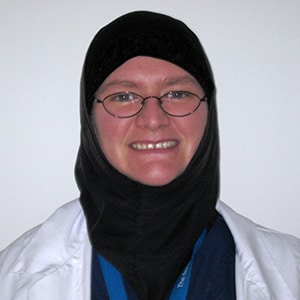 I have been using the SaeboStim Micro with a patient who is six months post CVA.

This patient suffered a stroke while in Florida while he was away from his family. He was sent to a nursing home for 100 days where he did not receive any – or very little – therapy for his arm. The therapy that he did receive focused on functional mobility and ADLs.

When I first met him, he could not tolerate even very gentle PROM to his arm. He has significant tone and short tissue shortening; he had significant pain throughout his affected UE. He is extremely hard working and determined to get as good as he possibly can. I knew it was time to start working with a Saebo solution.

At the time I am writing this, we have now seen this patient for approximately one month with a HEP of SaeboStim and FES in addition to Botox to wrist extensors. He initially had no active controlled movement on the right. Now, after one month, we are noticing some motor return at the elbow and shoulder.

I would definitely recommend the SaeboStim Micro for patients with limited to no movement and for patients with tone dysfunction post-stroke because the unit itself is very simple to use and practically error proof – a must for this population. I also think that it is an awesome tool to manage pain post stroke.

Since using the SaeboStim Micro during PROM, my patient’s ROM has greatly improved which is tremendous progress to experience after little to no therapy during those critical first several months post-stroke.