Bridging the Gap to Evidence Based Neurorehabilitation Practice

The term “evidence based practice” is now ingrained in our clinical knowledge and discussions though there still remains a gap between knowledge and actual implementation of evidence based interventions.  Much research has been done on why this gap persists in order to find methods of bridging this gap. I recently read an article by Fleming-Castaldy & Gillen (2013) in the American Journal of Occupational Therapy that discussed some of these issues. As Director of Clinical Services at Saebo Inc, I couldn’t help but feel a sense of satisfaction when reading this article as it fully validates that Saebo is providing current and evidence based education and products. I will provide a summary here but strongly advocate that clinicians working in neurorehabilitation should read this article.

END_OF_DOCUMENT_TOKEN_TO_BE_REPLACED 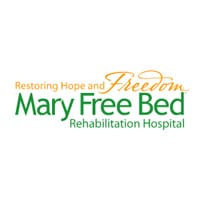 The SaeboMAS helped facilitate my stroke patient with poor proximal strength and shoulder pain to utilize the emerging functional use of his hand. The patient was able to complete high repetitions of reaching and grasping without any of the typical complaints of discomfort. It also encouraged him to work on lower extremity balance and promoted functional standing. The SaeboMAS was simple to set up and it was easy to adjust. I am not sure how we managed treating proximal weakness without it in the past!

END_OF_DOCUMENT_TOKEN_TO_BE_REPLACED

How Effective is Botox in Improving UE Function?

Muscle spasticity is a negative symptom which can occur following a central nervous system disorder (Kinnear, 2012). The use of Botulinum Toxin Type A (BTX-A), commonly referred to as Botox, is used extensively in the treatment of muscle spasticity following stroke and other neurological conditions. Following BTX-A injections, physical and occupational therapy are typically provided and include stretching, casting, splinting, strengthening, and functional movement retraining (Kinnear, 2012).

Having provided the above types of occupational therapy interventions with numerous individuals who have received Botox injections to the UE, I have formulated my own opinions as to the functional benefits of Botox injections in the UE.  I recently did a literature review to find out what the research reports.

END_OF_DOCUMENT_TOKEN_TO_BE_REPLACED

As clinicians, our ability to provide therapy services to clients is influenced by federal laws and regulations, administrative laws from agencies, and sometimes case law. It becomes challenging to keep track of all the changes that occur in the laws, rules, and regulations that impact our practice. More often, we are aware of changes that negatively impact our ability to provide comprehensive and medically necessary skilled services to achieve optimum client outcomes, such as therapy caps. We are also aware of changes in regulations that impact what we document and the way we document.

END_OF_DOCUMENT_TOKEN_TO_BE_REPLACED

I love that Saebo products use the principles of neuroplasticity to provide concrete mass practice exercises that increase patient compliance with an affected extremity.

The SaeboMAS is the product I have used the most. The MAS supports the weight of an affected arm and allows the patient to use volitional movement for NMR. That way, the therapist does not have to provide support for the arm or follow the patient while they are relearning movement; instead, the MAS allows the patient to gain independence and perform movements on their own. I love that the SaeboMAS is essentially another set of hands for patients to get extra time working on movement. I see more consistent progress with functional arm movement using the MAS because you can use it with functional tasks such as feeding and grooming tasks.

END_OF_DOCUMENT_TOKEN_TO_BE_REPLACED

Is What You’re Doing Working? How Do You Know?

As many of you are already aware, those billing to Medicare for therapy coverage now have to report functional outcome data for clients in the form of new non-payable G codes. The G codes are designed to capture the primary issue for which therapy is being provided for. This includes issues such as mobility, changing/maintaining body position, carrying/moving/handling objects, and self-care to name a few. G codes are accompanied by modifiers which indicate the client’s area of limitation and are designed to help track functional changes over time which subsequently results in payment information. These codes are required to not only to be included in the claim to Medicare but also in the client’s medical record with an indication of what tools and outcome measures were used to assess functional outcome. Reporting started in January for a trial 6 month period and beginning July 1/13 claims will not be accepted without the required functional data.

END_OF_DOCUMENT_TOKEN_TO_BE_REPLACED

New Acronyms in the Neurorehabilitation Literature; What Do They Mean?

CIMT is an intervention approach which involves restraint of the non-involved UE for 90% of waking hours over a two week period, to include weekends, with repetitive training of the involved UE using shaping principles for 6 hours per day on the weekdays (Kunkel, Kopp, Muller, Villringer, Villringer, Taub, & Flor, 1999).

END_OF_DOCUMENT_TOKEN_TO_BE_REPLACED

Saebo Inc., founded in 2001 by two occupational therapists (OTs), started with one individual; a young stroke survivor who was unable to use his affected hand functionally and therefore was limited in his ability to participate in his previous activities. The SaeboFlex, a dynamic wrist and hand orthoses, was designed and developed to restore his ability to open and close his hand. He was then able to use his affected arm and hand in a therapeutic repetitive task-oriented program based on emerging research that documented the ability of the brain to forge new pathways.

END_OF_DOCUMENT_TOKEN_TO_BE_REPLACED 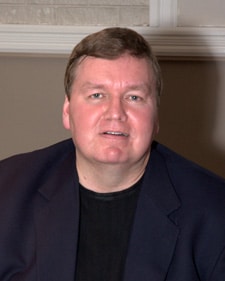 The fact of the matter is that I have made more progress in therapy using my SaeboFlex for one year than I did in the previous 30 years of convalescence from my stroke.

I experienced my massive and severe stroke at age 15 on December 9, 1979. My left hand, while flaccid, was little more than a paperweight. I had begrudgingly accepted the would-be reality that I would never use my left hand again as I was secure in the knowledge that I had experienced too much damage from my stroke, especially at a young age. I was not depressed over this but rather was resigned to these would-be facts of life for myself.