Strokes aren’t always predictable or preventable. However, there are many different traits and habits that overwhelmingly correspond to higher risks, so it’s easier than ever to determine your individual risk factors. In 2007, the Centers for Disease Control and Prevention (CDC) added another factor to the list when they began to collect and compare data about strokes in each individual state.

The CDC confirmed decades’ worth of evidence that strokes consistently occur in some regions more than others. Their research also unveiled some startlingly specific risks: eleven states had unusually high stroke rates and mortality rates. Following this revelation, several organizations have conducted research to compare stroke prevalence, care costs, mortality rates, behavioral risks, and other factors on a state-by-state basis.

If you’re worried about your odds because you live in the Stroke Belt, or if you’re curious about the risk factors that seem to converge in these states, it might help to understand the data they’ve collected and the theories that attempt to explain it.

What Is The Stroke Belt?

The eleven states within the Stroke Belt share more than just higher stroke risks. They’re all adjoined, and they comprise most of the southeastern region of the United States. They include: 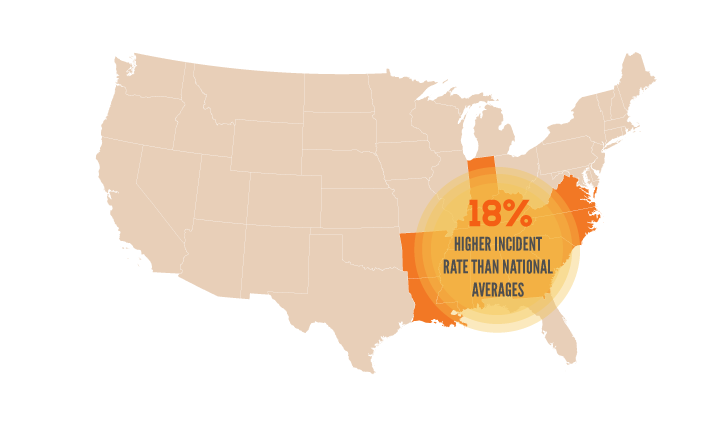 The entire Stroke Belt reports incidence rates about 18% higher than national averages. Risks are also higher for otherwise low-risk groups in these states, such as people younger than 50. However, stroke risks increase further in a very specific section of the Stroke Belt. The National Institutes of Health (NIH) zeroed in on the “buckle”, a strip of land along the eastern coastline where stroke mortality rates are twice as high as the national average.

North Florida and East Texas, both of which share borders with multiple states in the Stroke Belt, also report higher stroke mortality rates. However, most studies confine the phenomenon to the states in which strokes are more common and dangerous in every region, so they’re usually not included in the official Stroke Belt data. 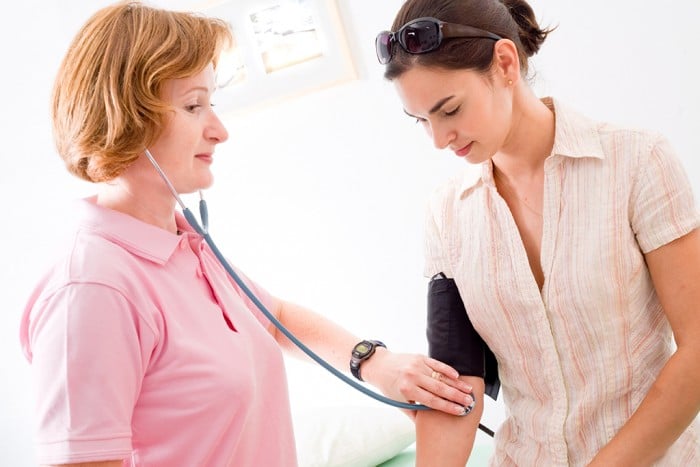 Why Are Risks Higher In The Stroke Belt?

To some, the self-contained nature of the Stroke Belt – which is connected and only bleeds into a few other states – suggests regional causes or correlations, rather than state-specific risk factors. These may include climate or immigration patterns that cross state borders, cultural similarities that stem from shared histories, and even population density. However, it’s still important to focus on the specific factors that usually increase stroke risks and how they relate to the Stroke Belt.

Rural communities have fewer hospitals and health care providers than urban and suburban communities. Because Stroke Belt states aren’t as densely populated as their northern and western neighbors, limited healthcare access could play a role in the elevated number of stroke fatalities. Early diagnosis of health problems, regular blood pressure checks, and preventative treatments can seriously lower your stroke risks, but only if you have regular access to these services.

However, the CDC’s research suggests that Caucasians within the Stroke Belt’s “buckle” are also twice as likely to die from strokes. This eliminates the ethnic distinctions between the region and the rest of the country, and suggests cultural or geographic factors that are far more influential than race.

The Stroke Belt overlaps significantly with the Diabetes Belt, another at-risk cluster of states that has been on the CDC’s radar since 2011. Because inactivity and obesity increase your risk of both diseases, it’s not surprising that both traits are common in the communities who populate these states. If you live in a southeastern state, it doesn’t mean you have less control over your diet or exercise regimen. However, it’s important to be aware of unhealthy traditions and patterns within your community.

Culturally, the correlation makes sense. Southern climates and ecosystems are associated with fatty cooking and slower lifestyles. These stereotypes may not account for the global influences that now affect every American, but they do affect the social norms and lifestyles of families who have occupied these states for multiple generations.

Staying Healthy In The Stroke Belt

So far, state-specific stroke data has given the medical community greater insight into regional differences and allowed them to identify new at-risk communities. However, data collection is ongoing, and individual risk factors aren’t limited to the state in which you live.

It’s still not clear if or how geographic location directly affects your stroke risks. However, location is one of many different factors that high-risk communities often share, so it’s important to be aware of your odds and take steps to lower them.

If you live in the Stroke Belt or belong to any other demographic with a higher rate of strokes, such as smokers or people older than 55, you still have the power to make diet and behavioral changes to decrease your risks.