As the more than 6 million stroke survivors in the United States know all too well, a stroke can change someone’s life in an instant. Strokes cause damage to the brain and may lead to a host of physical and cognitive impairments that can be difficult for survivors and their loved ones to cope with. A cerebellar stroke in particular is a rare type of stroke that may cause a loss of coordination, as well as other deficits that can contribute to a reduced overall quality of life. However, it is possible to restore smooth, coordinated motor functions with the right training regimen and proper guidance.

What Is a Cerebellar Stroke?

Before we discuss the various cerebellar stroke effects, it’s important to understand the function and structure of the cerebellum itself. The cerebellum — which in Latin means “little brain” — is the second largest part of the brain, following the cerebrum. The cerebellum is part of the hindbrain, located along the rear base of the skull and tucked just beneath the cerebrum. Although the cerebellum only accounts for roughly 10 percent of the brain’s volume, it contains more than half of its total neurons. This mighty “little brain” is responsible for controlling and regulating balance and coordination. The cerebellum plays a major role in fine motor movements and especially muscle memory. In other words, it controls the movements we learn over time through repetition, such as playing an instrument or throwing a baseball. As stated in a recent Psychology Today article:

“The cerebrum is responsible for “cerebral” things that you do consciously (“know-you-know”) or do with volition; “cerebellar” things are things you do automatically and learn through practice. When you are chopping vegetables and you drop the knife and in a millisecond move your foot to avoid the falling knife, that is cerebellar “thinking.”

For obvious reasons, a stroke affecting this portion of the brain is known as a cerebellar stroke. Cerebellar strokes are exceptionally rare, representing approximately 2 percent of all stroke cases. A cerebellar stroke may be caused by a blood clot blocking the flow of blood (ischemic stroke) or by a ruptured blood vessel allowing blood to flow into the surrounding tissues (hemorrhagic stroke). Blood vessel damage and ruptures in this area can be caused by a combination of general health factors, or by traumatic injury to the back of the head or neck. Unfortunately, a stroke affecting the cerebellum often leads to both temporary and long-term cerebellar stroke symptoms. Some of these cerebellar stroke effects can diminish in the days and weeks following the initial stroke, however, many stroke survivors may struggle with long-term deficits. 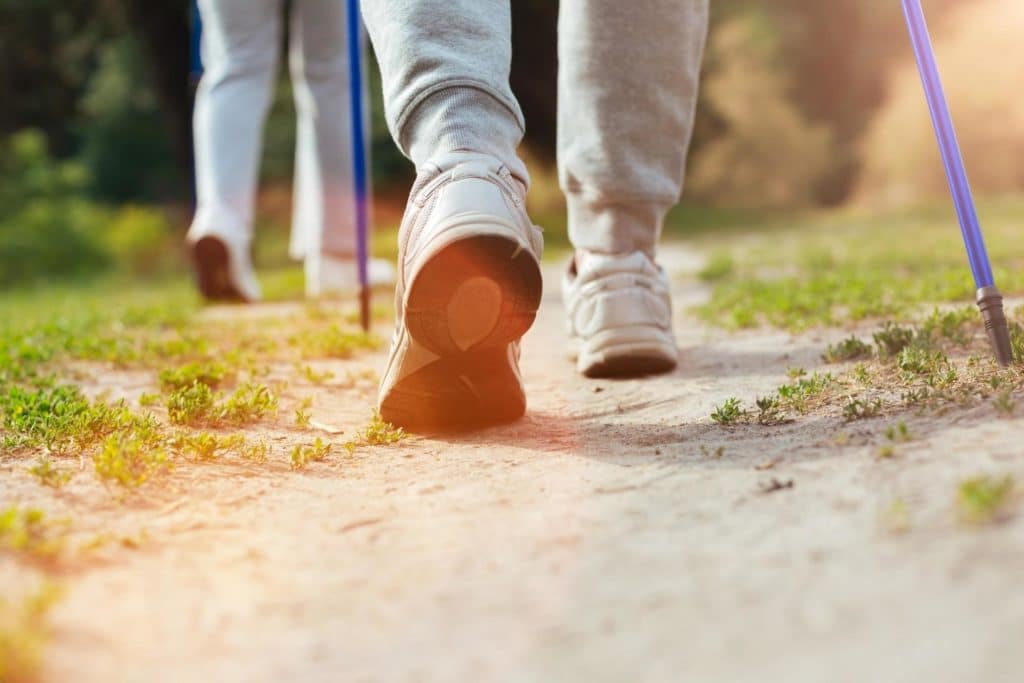 After a stroke occurs, immediate medical attention is vital to minimizing neural damage. Signs to look for to determine if a patient has suffered a cerebellar stroke include headache, nausea, loss of coordination, vomiting, and difficulty swallowing. Dizziness is one of the most commonly reported cerebellar stroke symptoms, with nearly three-quarters of stroke patients experiencing instances of vertigo, the sensation of falling to the left or right. Other cerebellar stroke effects such as double-vision or nystagmus (a condition involving involuntary eye movements) can exacerbate instances of vertigo. Nausea, with or without vomiting, is also extremely common, affecting more than half of cerebellar stroke patients.

Cerebellar stroke survivors often report having difficulty walking or controlling fine motor movements. This loss of muscle control and coordination, known as cerebellar ataxia, may affect both the limbs and the trunk of the body. Those suffering from ataxia may have difficulty completing movements smoothly or quickly. As a result, movements may be imprecise and appear “clumsy” at times. More complex movements involving multiple muscles may become jerky, so if the legs are affected, the patient may develop an “ataxic gait,” with strides that look unsteady, uncoordinated, or staggering.

Today, there are many effective therapies and adaptive strategies to help cerebellar stroke survivors through the rehabilitation process. After a cerebellar stroke, it may be necessary to make small changes around the house to minimize accidents and make everyday activities easier to perform. For example, adding handrails to stairwells can help prevent dangerous slips and falls. Additionally, appropriately fitting shoes with slip-resistant soles may minimize the risk of injury due to an ataxic gait. For patients with fine motor deficits, switching to shoes with hook-and-loop fastenings instead of laces, or pants with elastic waistbands instead of buttons and zippers, can make getting dressed and using the restroom quicker and more convenient. An occupational therapist will help individuals learn new ways to manage daily activities that may have become more difficult due to cerebellar stroke effects. These strategies may include teaching patients how to help prepare meals, bathe, and change clothes safely and comfortably. A physical therapist may also recommend walking aids or other assistive devices to help with stabilization.

Motor impairments often make mobility difficult or dangerous for cerebellar stroke survivors. As a result, a physical therapist may design a cerebellar stroke treatment program focused on reteaching patients the fundamentals of walking, balance, and posture, with and without assistive aids. Depending on the individual’s specific challenges, physical therapy can include a variety of exercises to help patients with balance, as well as exercises for coordination, strength, range of motion, and fine motor skills. For example, a physical therapist may have a patient walk along a straight line in a heel-to-toe fashion to improve balance and gait. To recover upper limb coordination and hand dexterity, exercises might include throwing a foam ball from hand to hand. Additionally, gaze stabilization exercises may be recommended for some cerebellar stroke patients. A therapist will guide patients through proper cerebellar stroke treatment during initial therapy sessions, and then these exercises can be performed independently at home. For best results, these exercises should be performed multiple times each day.

In the United States, strokes are the leading cause of long-term disability. At Saebo, we are dedicated to stroke support and stroke recovery for stroke survivors and their loved ones. Using the latest evidence-based rehabilitation strategies, tools, and exercises, our team of Saebo-trained therapists will guide stroke survivors through the fundamentals of each exercise safely, ensuring individuals can perform at-home tasks confidently when the time comes. The Saebo rehabilitation system is designed to empower stroke survivors with the tools and strategies they need to regain their independence after a cerebellar stroke. If you or a loved one has suffered a cerebellar stroke, take the next step in the recovery process with the help of our team of trained medical professionals.