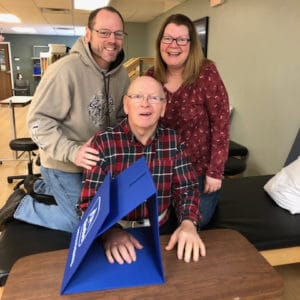 Stroke survivor give his first thumbs up! ….and owes a part of his success to Mirror Box therapy!

Coy’s life before his stroke on December 2, 2018, was fun and fulfilling. He gathered regularly with friends and family, was a talented fast-talking auctioneer, traveled all over to tractor shows, and raised family of goats on a small farm. Like many other stroke survivors, Coy’s stroke caused his right dominant arm and hand to be almost entirely paralyzed. He also struggled to pay attention to his affected side—a very common yet disabling condition that can be a safety concern and interferes with regaining use of the weaker side.

END_OF_DOCUMENT_TOKEN_TO_BE_REPLACED

After attaching the tension bands, my fingers began to feel incredibly alive!

I was hesitant to try the SaeboGlove because, over the years, I have spent so much money on devices that I thought would be helpful for my situation but then have turned out to be just a waste of money.

Definitely not the case with the SaeboGlove.

END_OF_DOCUMENT_TOKEN_TO_BE_REPLACED

I can see excellent benefits and results in terms of returned sensation, overall safety, and function.

As a therapist, I have struggled with treating sensory loss for many years.   I have found there to be limited treatment options available, and those that are available have limited effectiveness.   I have recently begun trialing the SaeboStim Micro to assist with recovery from sensory loss and am thoroughly impressed with the results!

END_OF_DOCUMENT_TOKEN_TO_BE_REPLACED

The SaeboStim Micro has been a wonderful success already! 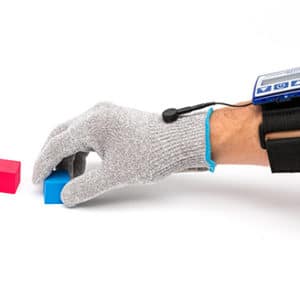 Five months post-stroke, my husband had still been having hand spasms, always when he yawned, but at other times as well. He spent a lot of time with his hand on a heating pad. After only a couple nights of using the P2 mode of the SaeboStim Micro, he was surprised to find he no longer had the spasms when yawning, and very few during the day. We are hoping for more improvement as time goes by, but the SaeboStim Micro has been a wonderful success already!

END_OF_DOCUMENT_TOKEN_TO_BE_REPLACED 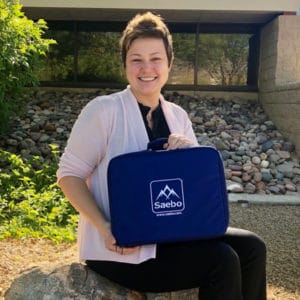 END_OF_DOCUMENT_TOKEN_TO_BE_REPLACED

I firmly believe the SaeboMAS mini is an essential piece of equipment for upper limb improvement, and would definitely recommend it.

The SaeboMAS mini is a great piece of kit for home use. It allows my husband to exercise his affected arm both independently and safely, and therefore build on exercises learned in therapy sessions. It has also given him the confidence of movement, previously restricted by fear of pain.

END_OF_DOCUMENT_TOKEN_TO_BE_REPLACED

The SaeboFlex helps me strengthen my fingers, improve my grasp and release, and actually helps me reach up taller! 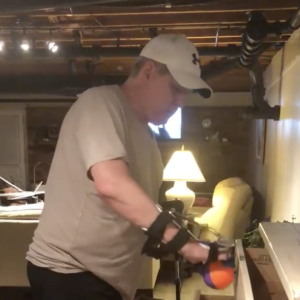 An effective and engaging home therapy program is CRITICAL for a successful recovery. Check out Neal’s creative home exercise using the SaeboFlex!

END_OF_DOCUMENT_TOKEN_TO_BE_REPLACED

“I am absolutely amazed by the immediate results.”

“I have been using the SaeboStim Micro in an outpatient rehabilitation setting and I am absolutely amazed by the immediate results. It works extremely well with patients diagnosed with central cord syndrome/spinal cord injury who have upper extremity sensory and motor loss. It also works well for the management of pain and sensory disturbance due to complex regional pain syndrome. Several patients have purchased their own SaeboStim Micro for home use and report weekly improvements in hand sensation. The SaeboStim Micro is an affordable choice and a great addition to an upper extremity sensory home program.”

“I ate my oatmeal with my right hand!” 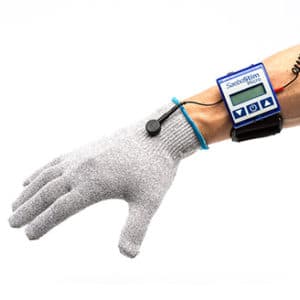 After only 3 weeks of sessions with the SaeboStim Micro, this patient was able to use a spoon and eat with her affected hand! She could still feel the stimulation in her treated hand several hours after the device was removed, and continues to make progress toward achieving her goals.

It felt easier to walk and they enjoyed the low profile of the SaeboStep!

My name is Katie and I am a pediatric physical therapist. I have long thought of Saebo as a company geared towards occupational therapy for rehab of the hand/arm. Recently, I attended an in-service by a Saebo rep where I learned about the SaeboStep. Our rep, Lanie noted that most clinics she has worked with have used the SaeboStep for post-stroke for helping with foot drop, so she was more than willing to let me have a trial to use with my pediatric population.

END_OF_DOCUMENT_TOKEN_TO_BE_REPLACED

1234
Missed out on yesterday's webinar featuring the Saebo MyoTrac Infiniti? No worries! The recording is now available... https://t.co/oonsQBG4it