Strokes can change the way people live their lives forever. Because the brain controls all of the body’s movements, brain damage often manifests as loss of movement and strength in one side of the body. However, this loss doesn’t have to be permanent. While the severity of stroke and speed of treatment play essential roles in determining a patient’s symptoms, stroke rehabilitation is the most important factor in determining a patient’s long-term outcome.

END_OF_DOCUMENT_TOKEN_TO_BE_REPLACED

Reclaim Your Independence After Stroke With These Kitchen Aids

Every stroke survivor has unique symptoms, but complete or partial loss of motor function is a very common side effect of stroke-related brain damage. Because certain nerves and neurological connections may have been damaged during stroke, many patients lose strength or control of the body parts they depend on for everyday tasks.

Many of these tasks revolve around food. From feeding oneself to preparing food for others, and many stroke survivors struggle to navigate the kitchen without full control of both arms or hands. Fortunately, many adaptive utensils and kitchen aids are designed to accommodate patients’ needs during stroke recovery. At Saebo, we’ve researched some of the top adaptive kitchen aids for stroke recovery. Here are just a few of our favorites.

END_OF_DOCUMENT_TOKEN_TO_BE_REPLACED

Miles for Mandy is a 2,100 mile bike ride from Niagara Falls to Houston, TX in just one week with only six cyclists riding through ten states to raise money for Traumatic Brain Injury Awareness.

Here are the TOP five most important things to know about this event:

END_OF_DOCUMENT_TOKEN_TO_BE_REPLACED

“When you put a Saebo solution in the hands of a skilled clinician, a whole new world can be opened up for a patient’s life.” 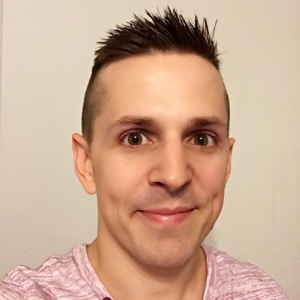 I graduated with a Masters degree in Occupational Therapy in 2008 from the Louisiana State University Health Sciences Center.  Shortly after receiving my Masters, I moved to Houston, Texas.   For the past eight years, I have worked all throughout the medical center in Houston, including, but not limited to: TIRR Memorial Hermann, Memorial Hermann, MD Anderson, Supplemental Healthcare and now currently for Rehab Without Walls.  During these eight years, I have specialized in neurological rehabilitation, and I have been very active with two non-profits: Rehab Services Volunteer Project (RSVP Houston) and the United Spinal Association Houston (formerly National Spinal Cord Injury Association Houston). Both organizations were created to help individuals living with neurological injuries.

I have worked with Saebo products – more specifically, the SaeboStretch and SaeboFlex – for at least seven years. I absolutely recommend them for all healthcare practitioners as Saebo products are unique in many ways.

END_OF_DOCUMENT_TOKEN_TO_BE_REPLACED

My Love Story with Saebo 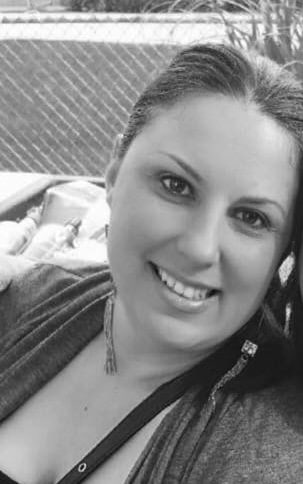 My love story with Saebo began in October 2008.  I was just released from in-patient rehab to a day rehab.  The day rehab was 3 hours a day for 3 days a week.  My rehabilitation plan was for speech therapy, occupational therapy, and physical therapy.  The therapy trifecta!  I was still in the early stages of my stroke recovery, so my brain was in the prime to be rewired.  I was making small gains here and there, but recovery was SLOW.  I really was getting discouraged.  From an athletic 27 year old woman that spent multiple hours in the gym, went to a 27 year old woman that wasn’t able to really walk, dress herself, or remember what I just ate.  It was frustrating!!!

END_OF_DOCUMENT_TOKEN_TO_BE_REPLACED

May is stroke awareness month and we wanted to shed some light on young stroke to bring more awareness too it. Typically, when you think of a stroke, you think of it happening in people that are over 65+. In reality though, it can happen at any age. It is true that your stroke risk increases with age, but stroke in young people does happen to infants, children, adolescents, and young adults. There is even statistics showing that the number of cases of young stroke in increasing. We have put together an infographic that highlights the facts about young stroke and ways that we can progress towards prevention, care and recovery.

END_OF_DOCUMENT_TOKEN_TO_BE_REPLACED

The Importance of Salience in Stroke

The Importance of Salience in Stroke

Brain plasticity, or neuroplasticity, is the substrate of most recovery from stroke. One of the most fundamental drivers of cortical rewiring in stroke survivors is salience. Salience is a term used in neuroscience to describe the phenomenon that the brain pays attention to what it finds important.

END_OF_DOCUMENT_TOKEN_TO_BE_REPLACED

We had a chance to connect with Occupational Therapist Mandy Chamberlain to get her helpful and inspiring stroke recovery advice and patient stories.

END_OF_DOCUMENT_TOKEN_TO_BE_REPLACED

Caregivers are the unsung heroes of stroke recovery. After a stroke, family and relationship dynamics can change dramatically. Trying to care for someone that isn’t able to do or say things like they used to can take awhile to get used to and the recovery process can sometimes be slow.  Sometimes you can even care so much for your loved one, you forget to care about yourself.

END_OF_DOCUMENT_TOKEN_TO_BE_REPLACED

“As both a university music teacher and a Master Sergeant in the Air National Guard, I recognize the functionality of the SaeboGlove” 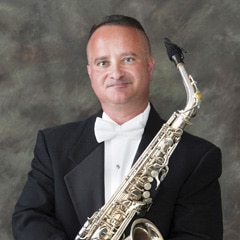 Dr. Christopher Walker has performed as a soloist in eleven countries, spanning three continents, and has shared the stage with such great performers as Frederick Fennell, Eugene Rousseau, and The United States Air Force Academy Band. He has performed for the Vice President of the United States.

In military bands, Master Sergeant Walker has served as a saxophone, flute, and clarinet soloist, conductor, and musical group leader. Recently, Dr. Walker performed a tour of Norway in honor of the 200th anniversary of the Norwegian constitution, giving performances and presenting guest lectures. Dr. Walker serves on the faculties of Georgia Southwestern State University and Darton State College.

END_OF_DOCUMENT_TOKEN_TO_BE_REPLACED

2223242526
Missed out on yesterday's webinar featuring the Saebo MyoTrac Infiniti? No worries! The recording is now available... https://t.co/oonsQBG4it