Strokes are the leading cause of disability in the United States, and the extent and permanence of stroke-related disabilities depend on one thing — oxygen. Strokes cause damage by disrupting the flow of oxygen to the brain, leading to brain cell death. Depending on the part of the brain affected, the stroke patient may suffer functional disabilities. Rehabilitation strategies center around stimulating the brain so that it can repair or work around the damaged cells, creating new connections and neural pathways. However, what works for one stroke patient may not work for another. One alternative treatment that may be successful in improving physical and mental function after a stroke is hyperbaric oxygen therapy (HBOT). Even years after a stroke, HBOT has reversed or reduced resulting disabilities.

The Impact of a Stroke

Generally, a stroke is an attack of the brain, and it functions similarly to a heart attack. In most cases, a blood clot (an ischemic stroke) or a ruptured artery (a hemorrhagic stroke) interrupts the flow of blood and oxygen to specific areas of the brain. When the disruption is temporary (a transient ischemic attack), that flow is restored and little or no damage results. When the disruption is permanent, however, the deprivation of oxygen causes the brain cells to die. The extent of damage and the resulting disability depends on the type, severity, and location of the stroke.

Strokes may cause temporary or permanent disabilities, including:

During stroke recovery, a variety of treatments may be suggested, ranging from traditional physical, occupational, and speech therapy to alternative treatments, such as yoga or hyperbaric oxygen therapy.

What Is Hyperbaric Oxygen Therapy?

Hyperbaric oxygen therapy exposes stroke-damaged brain tissue to pure oxygen, for the purpose of activating neuroplasticity. Neuroplasticity is the mechanism by which the brain develops new neural connections and pathways to work around damaged brain cells, thus repairing or restoring the mental and physical functions impacted by a stroke. Traditionally, neuroplastic activity is stimulated through repetitive movements, exercises, and similar techniques. However, some studies have found that exposure to an increased level of oxygen may also activate neuroplasticity.

Normally, the brain consumes 20 percent of the oxygen in the body. However, this only permits a small portion of the brain to operate at any given time. Neuroplasticity requires significantly more oxygen than the brain receives and uses while at rest. HBOT supplies this additional oxygen, thereby activating and speeding up the neuroplastic response. In fact, one study found that after two months of HBOT, stroke patients experienced a wide variety of functional improvements, including the reversal of paralysis, increased sensation, and the recovery of language skills.

How Does Hyperbaric Oxygen Therapy Work? 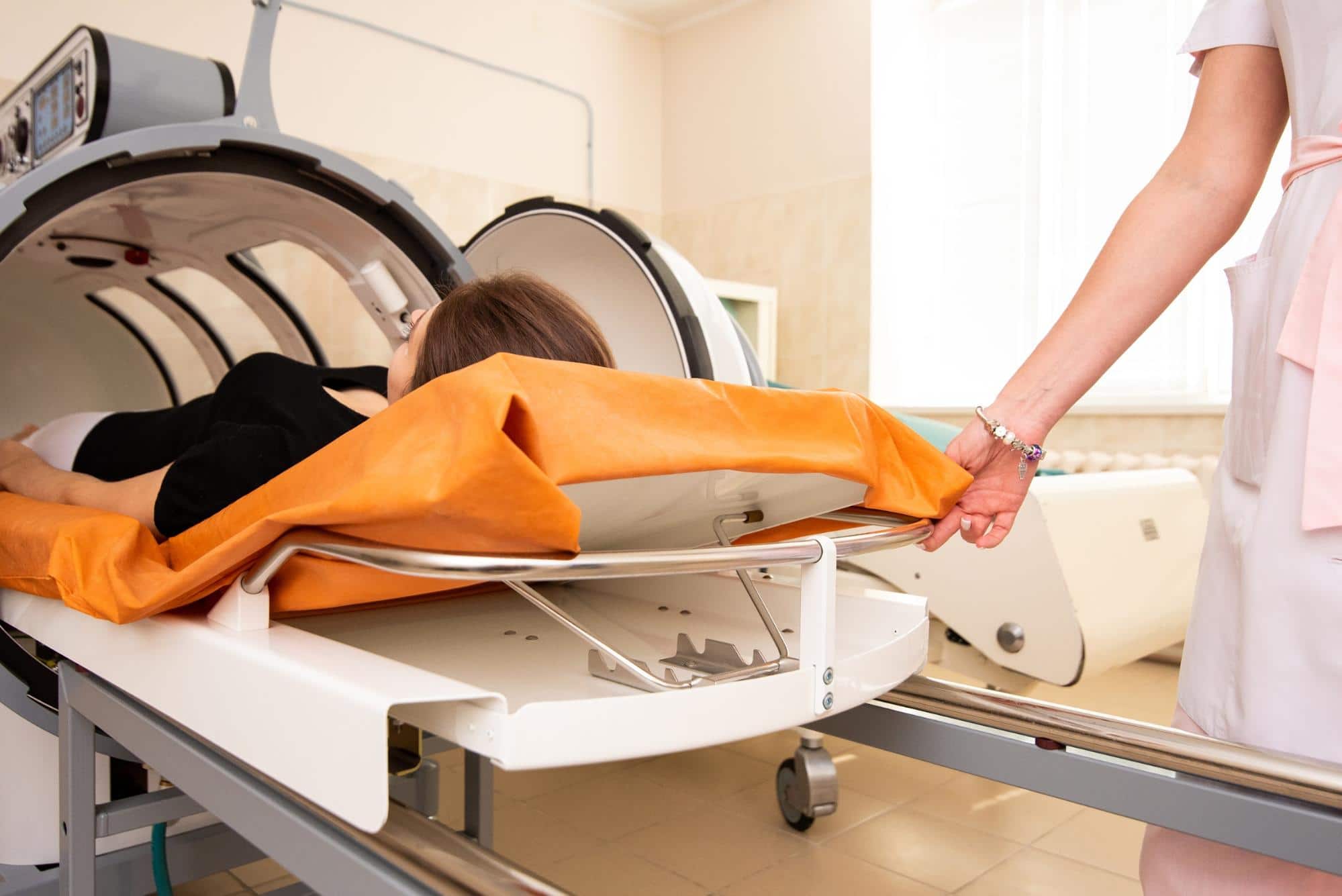 During hyperbaric oxygen therapy, the patient breathes pure oxygen in a controlled setting, with the air pressure increased to up to three times the normal pressure at sea level. The additional oxygen enters the bloodstream and is carried throughout the body to the brain to promote healing.

In most cases, HBOT is an outpatient procedure. Individuals may receive the therapy in an HBOT tube, or in a unit designed to accommodate several people. The increased air pressure in either setting may cause a feeling of fullness in the ears, similar to that experienced in an airplane or at a high elevation, but this is temporary. It takes more than one session in an HBOT chamber to fully activate neuroplasticity, but the exact number will depend on the level of disability caused by the stroke. Each session lasts approximately two hours.

Complications from hyperbaric oxygen therapy are rare. However, the treatment does involve some risks, including:

All HBOC treatments are monitored by trained medical professionals to eliminate or minimize the risks involved.

Although hyperbaric oxygen therapy is considered a promising non-pharmaceutical and noninvasive treatment for disabilities caused by stroke, the body of research available is small. More definitive studies are required to conclusively prove its safety and effectiveness.

Here at Saebo, we are committed to stroke support and recovery for all survivors and their families. Saebo offers a wide range of products that combine cutting-edge technology with evidence-based rehabilitation techniques. Our offerings and network of Saebo-trained therapists can help you or a loved one to obtain all the necessary tools to maximize stroke recovery.