We depend so much on language that we sometimes take it for granted. But how would we express ourselves if our ability to use it were impaired or lost?

After a stroke, about 25–40 percent of survivors experience aphasia, a disorder that impairs an individual’s ability to process language. It can limit their capacities to speak, read, or write. While aphasia may limit a stroke survivor’s language skills, many people are finding a new way to communicate: singing.

The idea of someone with aphasia being able to sing is not new. It was first reported in 1736 by Swedish physician Olaf Dalin, who witnessed a young man that had lost his ability to speak after a brain injury suddenly start singing hymns in church. Today, many therapists working with patients with aphasia have witnessed this seemingly impossible feat.

This phenomenon is not as rare as it may seem. It’s related to the parts of the patient’s brain affected by the stroke. The left hemisphere of the brain is mainly responsible for processing, language, so someone with a left hemisphere stroke is more likely to experience aphasia. On the other hand, singing uses an individual’s entire brain, so even someone who cannot speak may be able to tap into other parts of their brain to sing instead.

While just being able to sing is not ideal for most stroke survivors, research has shown that singing can help people with aphasia relearn how to speak as well. Including music in therapy may have numerous benefits.

What is Music Therapy? 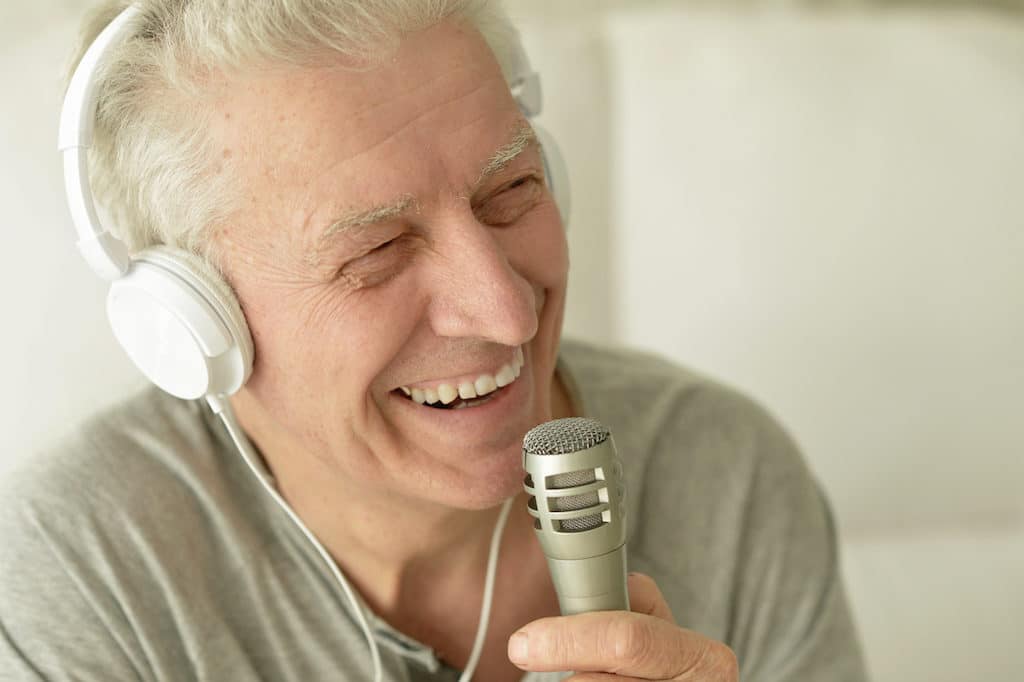 Music therapy does not mean teaching stroke survivors how to play an instrument; that is music education. Music therapy is about using musical interventions to accomplish specific goals involving motor, speech, or cognitive functioning.

Music therapy can involve a patient singing, as in the case of aphasia patients, moving to music to help achieve goals related to motor function, or listening to music to improve mood and facilitate cognitive changes.
How Can Stroke Survivors Benefit from Music Therapy? 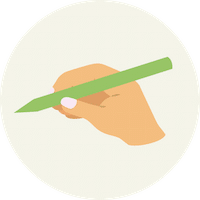 Music is not just beneficial to stroke survivors with aphasia. Music therapy has been shown to help improve motor skills as well. This is because there is a strong connection between music and movement. Playing music can engage the part of the brain responsible for movement. Music is also a predictable stimulus, and the steady beat can help build coordination.

Music is often used during gait training to help stroke survivors improve their walking ability. For example, playing familiar music with a strong beat and having patients walk in time with it may help fix their uneven gait or enable them to walk further and faster than they could without music. 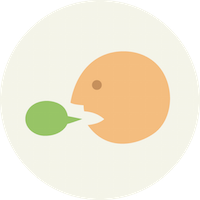 Through the power of cortical plasticity, stroke survivors are able to reorganize and form new connections between their brain’s neurons by repeating skill-dependent activities. This eventually leads to regaining use of their stroke-affected limbs. The same concept applies to speech. Some stroke survivors with aphasia, can relearn how to speak by creating new neural connections through the practice of musical therapy.

When stroke patients with aphasia sing during their music therapy, they are strengthening and creating new connections around the injured speech centers and in the singing centers. Eventually, these new connections may enable them to speak normally again. 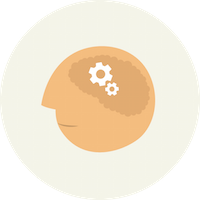 In addition to speech and motor skills, music therapy has been shown to have positive effects on attention and neglect. Music activates multiple parts of the brain at the same time, making it ideal to treat patients with left neglect.

Music therapy has also been shown to have a positive effect on emotions. Because of its ability to hold and direct a patient’s attention, it can prevent negative mood in stroke patients while enhancing cognitive recovery.

The Power of Music

Recovering from a stroke is a long and difficult process, but for many stroke survivors music therapy could be a solution. Music has the power to inspire patients to strengthen motor, speech, and cognitive skills—the abilities they cherish most. The right tunes move people physically and emotionally, and they are also a way to keep strenuous rehab sessions fun.
When combined with traditional therapies, music therapy can have amazing and lasting effects on stroke survivors’ lives.