Today, migraines are considered “the most common neurological disorder” according to the Journal of Stroke, and, in the United States alone, about 30 million people suffer from these debilitating headaches. Research has determined that all migraineurs are at a higher risk of suffering a stroke, and this risk factor is potentially doubled or tripled for individuals who suffer from migraines with visual disturbances collectively known as “aura.”

Unfortunately, migraines with aura exhibit similar symptoms to those associated with certain life-threatening conditions, namely transient ischemic attacks (TIAs) and strokes. For this reason, many migraineurs may mistake early stroke warning signs for classic migraine symptoms. Telling the difference and recognizing a medical emergency for what it is can be difficult, but isn’t impossible.

What Is a Migraine? What Is an Ocular Migraine?

Migraines currently affect up to 15 percent of adults. However, there are many types of migraines, each with a specific set of symptoms and risk factors. Migraines are typically defined as recurring episodes of throbbing or pulsing headaches “lasting four to seventy-two hours, typically starting on one side of the head,” according to the Digital Journal of Ophthalmology. Normally, these symptoms are exacerbated by rigorous activity and may also include nausea, photophobia (sensitivity to light), osmophobia (sensitivity to odors), and hyposmia (lost or impaired sense of smell).

An ocular migraine is a migraine that involves a visual disturbance. When experiencing an ocular migraine, or a migraine with an aura, an individual will see flashing or shimmering lights, lines, stars, or, in some cases, blind spots. These visual disturbances can even include partial or total temporary blindness in the affected eye. Many individuals experiencing ocular migraines report seeing lines or a zigzagging pattern during the episode. Aura occurs in fewer than 20 percent of all migraines, according to the American Heart Association, but some notice these visual phenomena prior to the onset of the headache itself. Those who experience migraines with aura, often have a history of at least one conventional type of migraine, as well. An ocular migraine will typically only last about 30 minutes, with the aura affecting only one eye at a time. Unfortunately, migraines are often debilitating, and the general underlying cause is not fully understood. Nonetheless, understanding common triggers can help minimize the risk of developing a migraine. 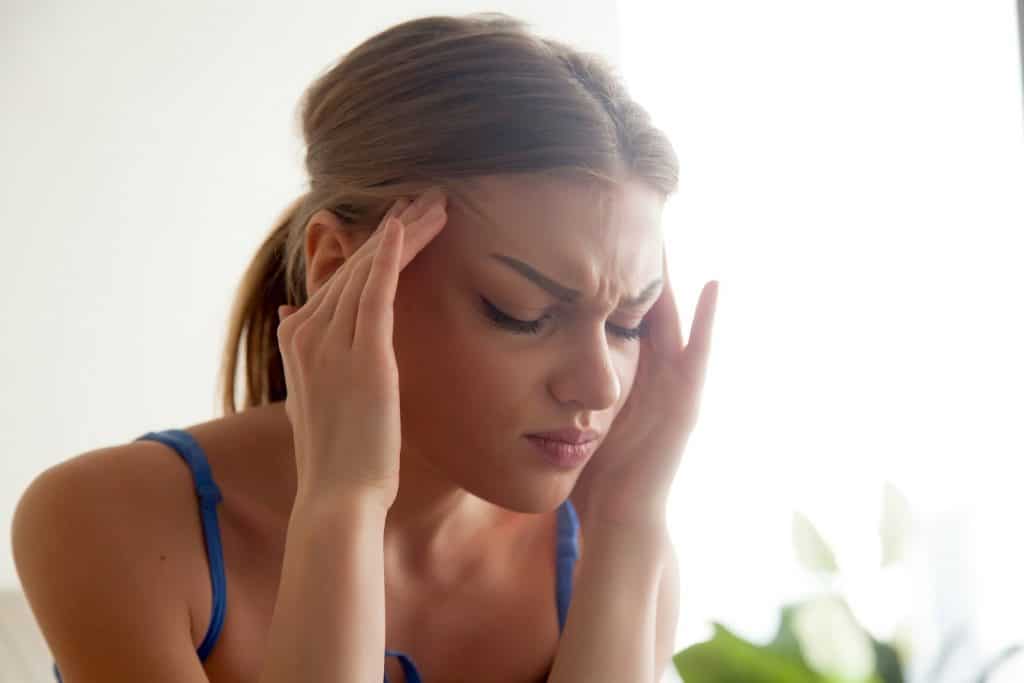 What Can Trigger a Migraine?

For many migraine sufferers, symptoms are often “triggered” by various stimuli or situations. These triggers can vary among migraineurs, but there are many common culprits.

Women between the ages of 20 and 45 are the demographic most likely to suffer from migraines, and women overall are three times more likely to experience migraine headaches than men. This discrepancy between the sexes was once erroneously attributed to a perceived inability of women to cope with stress. Interestingly enough, in youth, boys are actually more likely to experience migraines than young girls. However, per the Nashville Neuroscience Group, once menstruation begins, the fluctuation of hormones in women causes a substantial increase in migraines. Stress can also play a substantial part in triggering symptoms; in a recent study, nearly 60 percent of participants listed stress as a precipitating influence.

Other common migraine triggers are diet-related and may be avoided by employing restrictions. Migraines are routinely reported to be triggered by dairy, alcohol, chocolate, citrus fruits, and nuts, as well as by fasting. Certain types of odors (namely cigarette smoke, cleaning agents, and perfumes) may trigger migraines for some sufferers. Meteorological triggers related to low temperature, relative humidity, and atmospheric pressure are also important to note, although these stimuli are less frequently reported as triggers than the aforementioned factors.

Clinical evidence also links higher levels of daily light exposure with higher migraine frequency. However, while many people specifically report a fluorescent lighting as a migraine trigger, there remains no clinical evidence to support a direct relationship. Dr. Andrew Hershey, director of the Cincinnati Children’s Headache Center, proposes this explanation: “Although many people are convinced fluorescent lights are the specific trigger, it may be that light, in general, is the problem, and fluorescent lights just happen to be the type of lighting to which they are most often exposed in classrooms or the workplace.”

While migraines and their onset symptoms are quite common, what feels like an ordinary (albeit uncomfortable) migraine headache accompanied by an aura could be a warning sign of a much more dire, life-threatening situation, such as a stroke.

What Is the Connection Between Ocular Migraines and Stroke?

Ischemic strokes, or strokes caused by a blockage to the brain, account for the majority of all stroke cases in the United States today—nearly 87 percent, in fact—and individuals suffering from migraines with aura are “2.4 times more likely to have an ischemic stroke” than those who have migraines without aura, according to the American Heart Association. Recent studies have identified a direct correlation between migraines and the eventual development of certain cardiovascular diseases, especially among women. Although the exact underlying cause is not fully understood, one thing remains very clear: individuals experiencing migraines with aura have a greater risk of stroke than individuals who do not.

Experts are now advising individuals suffering from ocular migraines (as well as migraines without aura) to be vigilant about their symptoms, as typical migraine symptoms could signify something much more serious.

If you routinely experience migraines with or without aura, it’s paramount to understand the signs and symptoms of a potential stroke. As previously mentioned, many symptoms are identical across migraines, strokes, and transient ischemic attacks (TIAs). These shared symptoms include, but are not limited to, visual changes and disturbances, muscle fatigue, and impaired speech.

Before we dive into the key differences between migraines and strokes, let’s first define “positive” and “negative” symptoms. A positive symptom is the addition of a symptom, as a result of excess electrical discharges in your central nervous system (CNS). Positive symptoms include visual disturbances such as flashing lights, and motor disturbances such as muscle spasms. Conversely, negative symptoms are caused by a loss of CNS function and manifest as a negation of normal functionality. Typical negative symptoms include tunnel vision, hearing loss, and loss of motor control or numbness.

This distinction is important to functionally understand, because strokes normally produce negative symptoms, whereas migraines with aura normally produce positive symptoms. For example, common stroke side effects include numbness in the face or along one side of the body, trouble speaking, loss of balance, and blurred vision, according to the CDC. A migraine with aura, on the other hand, may cause the migraineur to see flashes of light, a visual zigzagging pattern, blinking lights, and dots.

Furthermore, in the case of a TIA, the onset of symptoms is usually abrupt (occurring over a matter of minutes), while a migraine with aura normally becomes progressively more noticeable “over minutes to tens of minutes.” Similarly, the duration of your positive or negative symptoms may offer a pertinent warning. For example, a migraine with aura will typically last between 10 and 30 minutes, but may continue for several hours. TIAs, on the other hand, “nearly always last less than one [hour],” according to Practical Neurology.

While avoiding migraine triggers is a worthy preventative effort, it simply isn’t possible to avoid every single migraine trigger in daily life. Thankfully, there are many ways to manage your symptoms once a migraine begins to develop.

Strategies for Coping with Migraines

As anyone who has ever experienced a migraine knows all too well, once that initial wave hits, the migraine symptoms will only progress over the following minutes and hours, if not days. Fortunately, there are many strategies available to help patients cope with these debilitating episodes.

Stress is one of the main causes of many migraines, therefore, attempts to minimize stress and general anxiety are sound initial steps for many individuals. However, relaxation can mean very different things to different individuals, so each migraineur must devise a relaxation regimen based on his or her preferences. Trigger coping mechanisms might involve measures as basic as taking a nap, reading a book, or soaking in a warm bath. 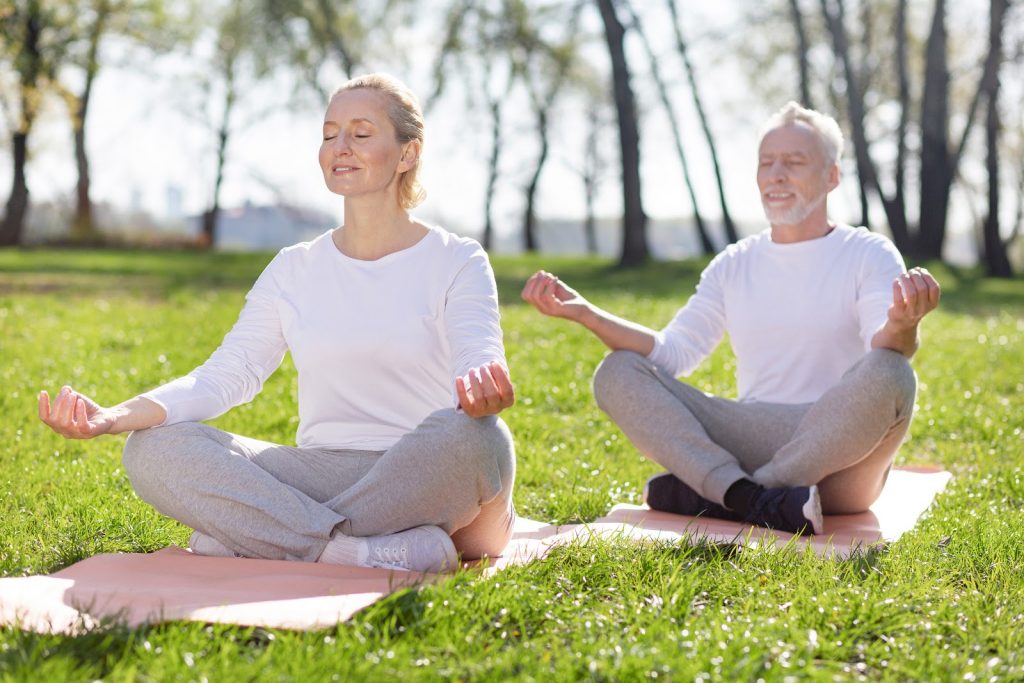 If these preliminary steps have failed to minimize migraine frequency or offer adequate relief for your migraine symptoms, it may be time to discuss options with your doctor. In fact, many individuals who suffer from migraines are prescribed medication to manage their symptoms. If you are prescribed a migraine medication, you should take your prescribed dose at the first sign of a headache. (It’s important to note that many over-the-counter medications may be used to treat migraine symptoms as well.)

Migraines Can Be Managed With Proper Care and Treatment

In the United States alone, strokes account for nearly 140,000 deaths every single year. If you or a loved one are experiencing a stroke, seek immediate medical attention to prevent long-term damage and disability. According to the CDC, “Patients who arrive at the emergency room within 3 hours of their first symptoms often have less disability 3 months after a stroke than those who received delayed care.”

Understanding your migraines and your specific migraine triggers may help you avoid or at least minimize the occurrence of these disorienting episodes. However, even with the most  robust prevention, migraines will still occur for many sufferers. With the inherent elevated stroke risk associated with all migraines (especially those with aura), it’s crucial to know how to recognize the symptomatic discrepancies between the two, and act fast if faced with a potential stroke.

If you or a loved one has experienced a stroke, you know that it can have a significant impact on one’s life. Here at Saebo, we are committed to stroke support and recovery to improve the overall quality of life for all survivors and their families. Saebo offers a wide range of products that combine cutting-edge technology with evidence-based rehabilitation techniques. Our offerings and network of Saebo-trained therapists can help you or a loved one to obtain all the necessary tools to maximize stroke recovery.