Strengthening a Spastic Muscle. Why the Kerfuffle?

Not as much now, but in the recent past, discussing strength training a hyperactive or spastic muscle was a very controversial topic amongst clinicians at happy hour, in the clinic, or at CEU’s. For many, the thought of having upper motor neuron lesion clients squeeze their hyperactive finger flexors or flex their spastic biceps in the late 1980-90’s (and earlier) would have made many clinicians cringe. The visual that comes to mind for me is something out of a CSI show, but instead of a homicide, you were looking at a clinical “assault and battery” where security would have been called and the crime scene tape would have been wrapped around the patient and the plinth. The suspected serial criminal then would have collected his or her belongings and performed the famous perp walk out of the clinic for all of the fellow clinicians to see. Yes, the media would have eventually covered this story and learned that this inept clinician, known publically now as “high toner”, would be linked to previous clinical crimes ranging from “excessive upper trap activation” to “absence of manual cues”. OK, maybe a bit melodramatic and a tad over-exaggerated, but I think you get the idea. 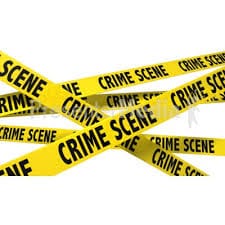 In case you are wondering where this is going, let me take a few more minutes of your time to explain. While in occupational therapy school in the mid 1990’s, and early in my career, I was frequently reminded to not evoke abnormal movement patterns while treating patients suffering from hemiparesis. According to most of my professors and senior colleagues at the time, strengthening or firing hyperactive muscles were considered harmful and detrimental. It was expressed to me that this would lead to increased spasticity, exaggerated abnormal movement patterns and possibly pain. I never questioned why and how this would happen, but as a novice clinician, I was not ready to challenge long lasting conventional principles or ask probing questions. Since it was considered standard practice, and well believed, I decided to accept these clinical tips as gospel and avoided strengthening techniques with my spastic hemiparetic clients for 2-3 years.

It wasn’t until 2001 when I co-Founded Saebo that I started to search for evidence-based treatment for clients suffering from spastic hemiparesis. To my amazement, a multitude of studies were identified showing positive functional outcomes for strength training without increasing reflex activity or pain. In addition, none of the articles concluded that this form of treatment was categorized as ineffective or harmful.

Over the last 2 decades, the neurorehabilitation field has observed quite a clinical shift when it comes to recommended treatment interventions as popular theoretical concepts from decades past have partially faded into the shadows of new scientific evidence. From the days of avoiding contact on the palmer surface of spastic hands or heavy emphasis on tone reduction techniques, to now appreciating the efficacy of hand and arm strength training (Butefisch et al., Teixeira-Salmela et al., Sharp et al., Fowler et al.). From shunning abnormal movement patterns or excessive exertion in fear of increasing spasticity or cocontractions, to now endorsing highly repetitive task-oriented training and Constraint Induced Movement Therapy (Wolf et. al, Winstein et al., Arya et al.) In years past, suggesting that the client’s inability to move one’s limb was the result of spasticity, to now recognizing that muscle weakness is the main contributing factor to lack of motion and impaired function (Harris et al., Patten et al., Ada et al.). The evolution of neurorehabilitation treatment has been palpable to the say the least.

The above are just a few of the common examples highlighting the significant changes in treatment principles seen over the past 2 decades. Although strengthening a spastic muscle or evoking abnormal synergistic movement patterns were often originally considered bad practice for many, we now realize that not only were these claims incorrect and mainly theoretical, but research has undoubtedly rebuked the notion that it is harmful or detrimental.

Whether one searches MEDLINE, PubMed, Cochrane Database, EMBASE, or Physical Therapy Evidence Database (PEDro), one will certainly find numerous articles over the last 10-15 years supporting repetitive and intensive strength training, arm training, as well as task-oriented training for the hemiparetic population. As it is germane to the discussion, I thought it would be worthwhile to highlight a few studies that investigated the above-mentioned treatment. For example, an article by Harris et. al conducted a meta-analysis of randomized controlled clinical trials looking at strength training, hemiparesis, upper limb function, and ADL’s. Electronic databases were searched from 1950 through 2009. From the 650 strength training articles found, 13 were included in the review, totaling 517 individuals. The authors concluded that there is evidence that strength training can improve upper limb strength and function without increasing tone or pain in individuals with stroke.

A systematic review by Borges et al. investigated the effects of resisted exercise on muscular strength, spasticity and functionality in chronic hemiparetic subjects. A total of 961 articles were identified from 6 popular electronic research databases. Of the 14 studies that met the inclusion criteria, 78.6% had been evaluated for muscle strength, and 91% of this group had increased significantly; 42.9% had been evaluated for spasticity and none from this category had observed tonal changes. Improvement was also noted functionally by means of 14 different instruments.

Finally, in addition to repetitive arm exercises or power training, Constraint Induced Movement Therapy (CIMT) is another effective treatment intervention that can improve ADL’s while not exhibiting deleterious results such as increased tone. Siebers et al. investigated the effect of modified CIMT on spasticity and functional use of the affected arm and hand in patients with spastic chronic hemiplegia. Twenty patients with spastic hemiplegia were tested before and after 2-week modified CIMT and at 6 months. Reductions in spasticity (MAS) were seen both after the 2-week training period and at 6-month follow up. Improvements were also seen in grip strength, AROM, and function use.

As a licensed practitioner, it is our moral and ethical responsibility to embrace and accept the latest advances in rehabilitation. While I agree with these newer evidence-based intervention strategies, I still continue to use and appreciate some of the conventional theoretical concepts as well. Depending on the clients needs, I will draw from various experiences and use aspects of other treatment approaches while not ignoring the latest evidence. Of course research does not have all of the answers, and not all clinical treatment strategies are fully tested and proven, however, one cannot flout (or fear) evidence-based treatment even if it challenges your theoretical view point or core beliefs.

Now, some in our industry believe that research cannot effectively investigate various forms of neuro treatment interventions because “no two patients are alike”. Some also believe that his or her treatment strategy is too hard to define or cannot capture one’s critical thinking appropriately. Frankly, comments like these are disingenuous and nonsensical. If we demand this level of expertise and accountability in other industries, why should clinicians be held to lower standards?

It is time to have an honest and open dialog with our colleagues and ask the important questions like “why are we doing what we are doing?” Or, “how much of our clients billable time was spent on evidence-based interventions?” Finally, “if we are not incorporating evidence-based practice, then why?” Would we not ask similar questions if interviewing a cardiac surgeon on behalf of a family member? How about understanding treatment options for low back pain with an orthopedic surgeon? Would we really feel comfortable with a physician prescribing treatment for you, or your loved one, that has never been scientifically tested or proven to be effective?

As times change, so do our mindsets. Although a majority of OT/PT schools are doing a better job emphasizing the importance of research, we need to continue to not only raise the bar at the university level, but encourage our Regulatory Boards to demand higher accountability amongst CEU programs. Minimum standards for approved CEU providers should include appropriate evidence-based content. Who would disagree with that? Extreme caution should be taken when registering for courses that claim their unproven treatment approach is superior or unmatched. Again, research does not have all of the answers for every technique or treatment intervention, but educators should show more restraint when promoting only 1 technique or approach with no evidence to support its supposed results.

In 2017, the Occupational Therapy profession will turn 100 (my apologies to my PT friends for the exclusion). AOTA’s Centennial Vision states “We envision that occupational therapy is a powerful, widely recognized, science-driven, and evidence-based profession with a globally connected and diverse workforce meeting society’s occupational needs.” As neurorehabilitation technology continues to flourish, and conventional treatment interventions are replaced or transformed based on current science, I cannot help but remain optimistic about the future. We as clinicians have made great advances in the past few decades when it comes to neurorehabilitation recovery. Looking back 20 years from now, it is my hope that our industry will go through another significant round of fine-tuning as treatment effectiveness continues to evolve.

Henry graduated from D’Youville College in Buffalo, NY in 1997 with a Masters degree in Occupational Therapy. He has worked in a variety of clinical settings including home health, acute, sub-acute, and outpatient rehab. Prior to leaving Burke Rehabilitation Hospital in New York in 2002, he worked as a clinical specialist in orthopedic medicine and manual therapy of the Upper Quadrant. After leaving Burke, Henry co-founded Saebo with the goal of creating innovative and life changing solutions for the physically impaired population. He currently holds over 15 patents with products that have helped over 30,000 clients regain function. Saebo’s name is an acronym for Henry’s grandmother “Sarah Eileen Booth”. Her entire life was dedicated to providing a hand to others in need. Saebo’s mission is to match her spirit, dedication, and desire to help others.