Communicating After a Stroke: Understanding Aphasia

Suffering from a stroke is a scary situation, and it leaves survivors with plenty of challenges to overcome during the recovery process. One of the effects of stroke is aphasia—the loss of the ability to speak or understand speech—and it’s one of the most frustrating to deal with.

Aphasia can be extremely stressful for both the individual who had the stroke and their family and friends. Speech is such a significant part of human interaction, and it’s something that most people take for granted. It’s hard to be able to communicate if you’ve been dependent upon verbal communication and yours is suddenly impaired. Fortunately, some recovery from aphasia is possible, and there are still ways to effectively communicate, even with aphasia.

Aphasia occurs when there is damage to the brain—specifically, to the left half of the brain, which is the part that deals with language. Aphasia mainly impacts the ability to speak, but it can also hinder a person’s ability to listen, read, and write. The individual’s intelligence is not affected—just their ability to communicate.

Aphasia often stems from a stroke. According to the National Aphasia Association, roughly 25 to 40 percent of people who suffer from a stroke will develop aphasia. However, aphasia is not limited to stroke patients. Any type of head injury can result in the brain damage that causes aphasia, as well as problems including brain tumors, infections, dementia, or Alzheimer’s.

What Are the Types of Aphasia?

There are two primary types of aphasia:

It is also possible for a stroke patient to have mixed aphasia (a combination of these struggles) or global aphasia, which is the term for a severe case of both receptive and expressive aphasia.

Imagine being in a room with your friends and family, but every single one of them is speaking a strange, foreign language. Maybe you recognize a word here or there, but you’re struggling to make any sense of what’s being said. That’s what it feels like for people with receptive aphasia. An individual with receptive aphasia can still communicate, but they have a lot of difficulty understanding what is being communicated back to them.

People with expressive aphasia can often understand the things they’re hearing or reading but are unable to properly respond. They might be able to say a few words, but they struggle to speak in full sentences, often leaving out key words from their intended message. In other cases, someone might speak clearly and at a regular pace, but what they say is mostly gibberish, with the intended meaning completely lost.

Can You Recover From Aphasia? 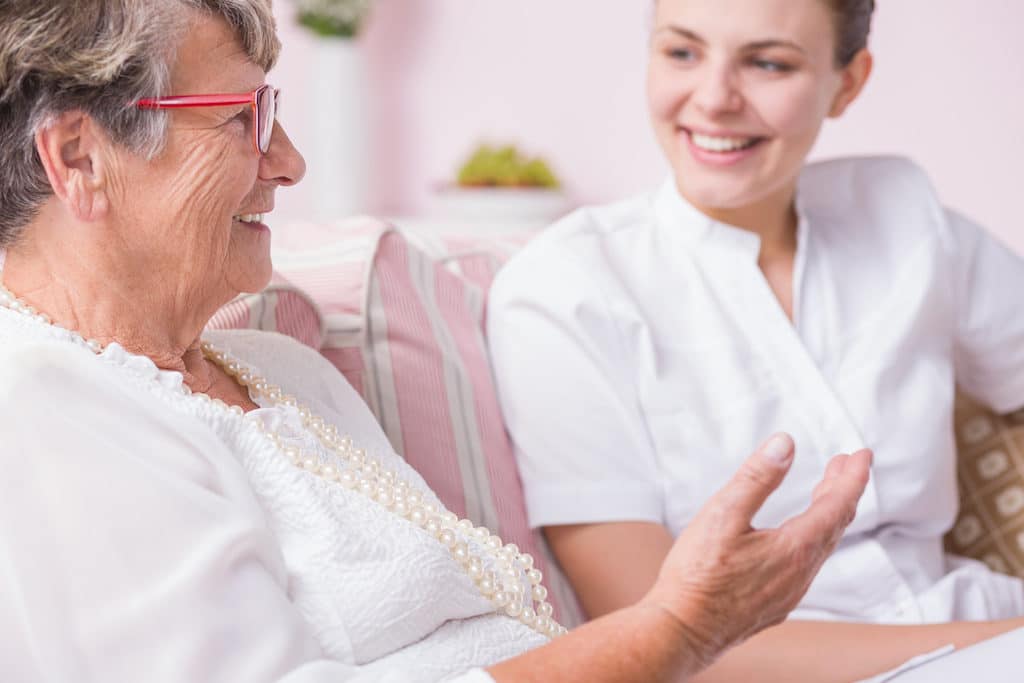 Yes. Aphasia is not always permanent, and in some cases, an individual who suffered from a stroke will completely recover without any treatment.This kind of turnaround is called spontaneous recovery and is most likely to occur in patients who had a transient ischemic attack (TIA). A TIA is a type of stroke where the blood flow to the brain is initially impeded, but restored relatively quickly, thus limiting the damage done. However, the majority of aphasia cases are not as simple, and complete recovery may not be possible. In many situations, language abilities are not restored quickly or completely.

Some stroke patients will benefit from partial spontaneous recovery but be left with other aphasia symptoms that do not resolve. In cases like this, speech-language therapy can be a huge help in attempting to regain language abilities over time. Music therapy is another type of treatment that has been shown to help with aphasia. The earlier treatment is started, the better, and patients can generally still hope to make improvements throughout the two-year period following a stroke.

Other factors that can play a role in the success of a recovery are the cause and severity of the brain damage, the particular area of the brain that was damaged, and the age and health of the patient. A well-educated and motivated patient also tends to have a better chance at improving than a patient with less education and motivation. Even though aphasia can be difficult to deal with, maintaining a positive attitude and working hard with your speech therapist is important.

How Can People With Aphasia Communicate?

Aphasia can be frustrating, but the key for an individual suffering from aphasia is to stay calm. Approach communication with a “slow and steady” mindset. Draw or write things down, one word or idea at a time. Use props if necessary to make communication easier. Let your loved ones know what works best for you so that everyone is on the same page. They will be patient with you, so don’t stress out if you’re having trouble.

One helpful tip is to create a communication book full of words, pictures, or symbols that can help you get your message across more clearly, even if you are struggling. If you are going out and won’t be around friends or family who understand your aphasia, it can help to carry a card or piece of paper that indicates you have aphasia and explains what it is. Keep it in your purse or pocket, just in case you are in a situation where you need to explain your condition to someone.

How Can You Communicate With Someone With Aphasia?

Be patient, and treat the individual with aphasia just as you would any other intelligent adult. Yes, you will have to speak more clearly and slowly, but remember that aphasia does not usually impact thinking skills. You might have to try different ways to get your message across at times, such as by drawing or writing things, or by using props or symbols. Take your time, and do your best to be sure that the person with aphasia understands you. They are still the same intelligent person they were before their stroke; they just have trouble communicating now.

Aphasia is one of the most difficult impairments that stems from a stroke, but individuals are often able to recover, at least partially, with the proper mindset and treatment. Undergoing speech-language therapy can be a significant help in recovering speech and communication abilities, and having a patient and determined approach from both the individual with aphasia and their friends and family can go a long way.

Remember, aphasia makes it harder to communicate, but not impossible to do so. There are ways around the effects of aphasia, and countless individuals with aphasia are living happy and fulfilling lives as they continue to recover from this frustrating condition.