What is the Difference Between a Stroke and an Aneurysm?

Both strokes and aneurysms are serious conditions. Knowing more about them prepares you to understand and identify the symptoms faster so you can get medical help quickly.

What is a stroke?

A stroke happens if blood flow to the brain is compromised. This often occurs when a blood clot blocks one of the veins in the brain. Without oxygen (which is carried by blood), brain cells begin to die, compromising cognitive functions in that specific area of the brain, which could include motor control, memory, language, and more.

Strokes by a blood clot are called ischemic attacks. But another type of stroke is caused by blood making its way out of the veins and flowing uncontrollably (hemorrhagic).

What is an aneurysm? 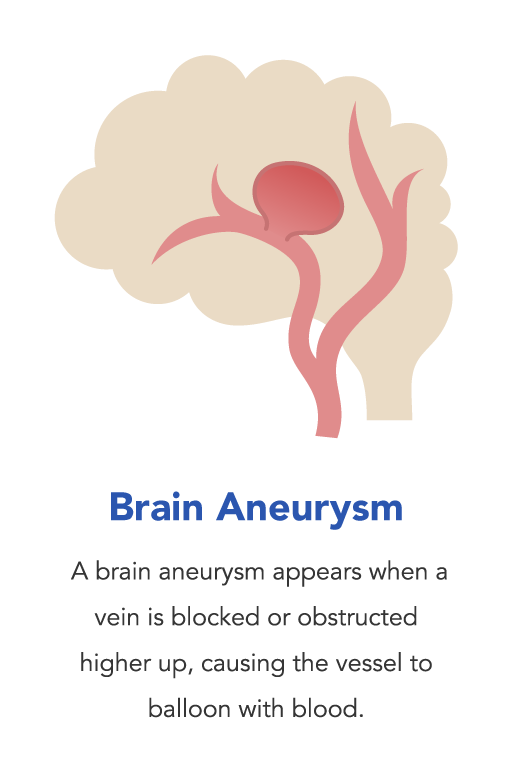 On brain imaging, aneurysms appear as a bulge and can look like a berry hanging on a stem. This is a blood vessel ballooning with blood because the vein is blocked or obstructed higher up.

If this bulge (aneurysm) bursts, blood enters and damages the brain. When this happens, it is referred to as a hemorrhagic stroke. While brain aneurysms are less frequent than ischemic strokes, they are more deadly.

Most aneurysms happen between the brain itself and the tissues separating it from your skull; this is called the subarachnoid space. Therefore, this kind of aneurysm is termed subarachnoid hemorrhage.

While most aneurysms don’t actually burst, the bulging blood vessel creates pressure and displaces other tissues and cells, creating symptoms. These are often found while testing for different conditions or looking for a cause of the symptoms. When an unruptured aneurysm is found, it usually gets treatment, depending on its location and severity. This can prevent a dangerous rupture down the road.

Aneurysms can have a genetic component, which makes you more prone to develop them. But the direct causes of aneurysms are the hardening of your arteries (atherosclerosis) and aging.

Although aneurysms can happen to anyone, there are several factors that increase your risk of developing them.

What are the symptoms of aneurysm? 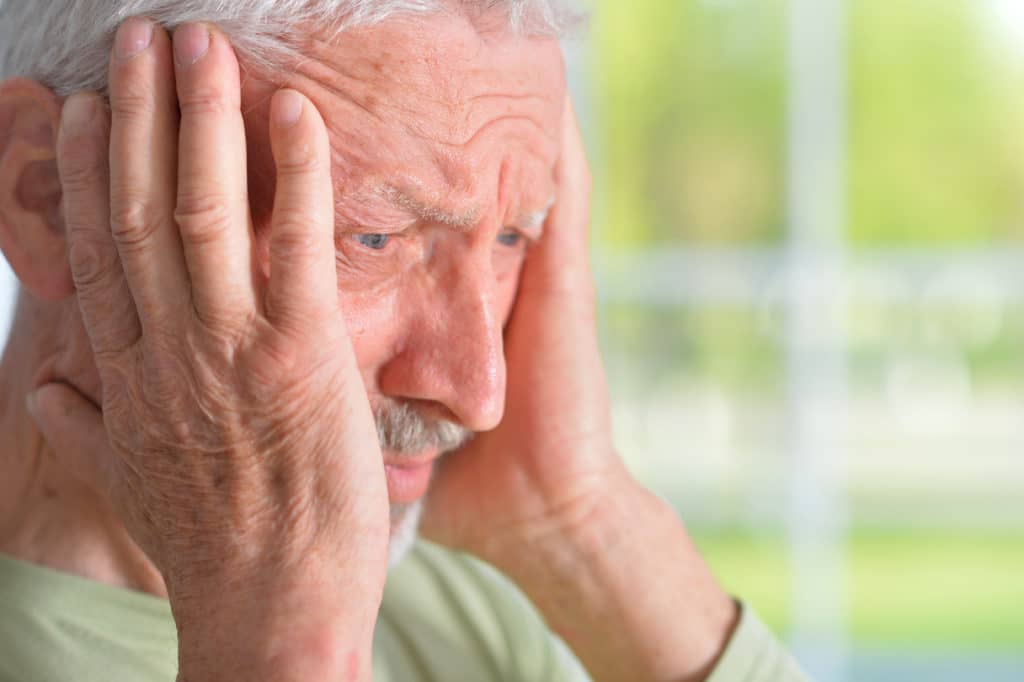 Small, unruptured aneurysms tend to cause no noticeable symptoms. But if the aneurysm leaks or bursts, symptoms appear.

A small leak may cause a sudden, severe headache—but that’s usually the only sign. However, a small leak almost always precedes a bigger leak or rupture later on. The most common symptom of a ruptured aneurysm is a headache; survivors often talk about it being “the worst headache in their life.”

Other possible symptoms include:

If you are with someone who complains of a sudden, very painful headache, you should call 911 or your local emergency number right away. This is the most common symptom of a leaking or ruptured aneurysm. This symptom is also the one thing that can easily differentiate a common stroke from an aneurysm. Since the aneurysm is more deadly than a stroke, medical professionals need this information.

How do you treat an aneurysm?

Two treatment methods are used to treat aneurysms. Both involve sealing the blood vessel that has ruptured.

The first method is called surgical clipping. The surgeon removes a part of your skull to access the ruptured blood vessel and uses a small metal clip to stop the blood from flowing through the rupture.

A less invasive method, called endovascular coiling, involves slipping a tube in an artery (usually accessed in the groin) and threading it throughout your body to the aneurysm. Then, the surgeon pushes a metal coil in the affected vein, effectively sealing the aneurysm.

How can aneurysms be prevented?

Although there are no one-hundred-percent-sure ways to prevent aneurysms or strokes, you can reduce your risk by controlling risk factors.

The most important thing to prevent aneurysms is to watch out for high blood pressure. Maintaining a healthy weight, eating a good diet filled with fruits, vegetables, and whole grains, and exercising regularly are all easy ways to avoid high blood pressure. If you have been diagnosed with a high blood pressure problem, make sure to take your medication as directed by your physician.

Stay healthy, and get yourself checked

The best way to avoid aneurysms and strokes is to adopt a healthy lifestyle and to visit your doctor regularly. Be aware of major risk factors like smoking, which plays into both conditions as it promotes both atherosclerosis and blood clots.

Remember to visit your doctor at least once a year, and contact them whenever you have symptoms that worry you.