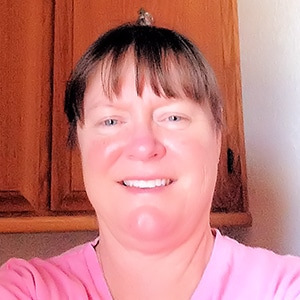 The second patient is a 16-year-old male who suffered a spinal cord injury with resulting C5-C6 complete quadriplegia.  This young man showed poor motivation and effort during therapy. The young man did not think he was going to regain any movement, so he did not feel the need to put out any effort in therapy. The Saebo MyoTrac Infiniti was an excellent tool to convince this young man and his parents that he was indeed having muscle activity, even if they were told he was a complete spinal injury and would have no muscle recovery. Using the Saebo MyoTrac Infiniti with this young man changed his attitude immensely. When he had the visual feedback showing him that his CORE was actually firing, his effort improved and he became engaged and interested in his therapy program.

As I have shown, both patients had positive experiences using the Saebo MyoTrac Infiniti.  My experience as a therapist using the device with my patients was also positive. This equipment made me excited about the treatment I was providing to my patients. There is no better feeling for a therapist than seeing your patients getting stronger and becoming more independent because of the therapeutic input you are giving them.  The hospital I work for is a small, private hospital and we are currently on a spending freeze. As soon as funds are available, the Saebo MyoTrac Infiniti is a device I will request to be added to Scenic Mountain Medical Center’s rehabilitation department’s modality choice. Thank you for the opportunity to trial this piece of equipment.