The SaeboGlove really came through for me – it is the world champion of therapy gloves. 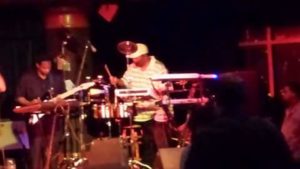 As a result of having polio as a young child, I suffer from post-polio syndrome. In order to address some of my symptoms, I had spinal cord surgery one year ago. I knew in advance of my surgery that my right arm function might be affected and indeed it was. I have had extreme weakness in my right arm and difficulty opening my hand. Although I had received an electrical stimulating device as a therapy tool, I was unable to apply it to my hand because I couldn’t keep the hand open. I was frustrated to have an expensive piece of medical equipment rendered useless because I couldn’t use it.

That’s when I googled “therapy glove that keeps hand open” and found Saebo. The SaeboGlove was exactly what I was looking for. I was almost in tears, I was so happy. When I realized I could actually afford this product, I was really overwhelmed with excitement. When I received the SaeboGlove it worked so well – it was exactly what I needed. Now I can open my hand like a high five. I work for a shuttle bus company and find that since I began using the SaeboGlove I can drive more effectively. I can now tie my shoes, put a belt on, and button my shirt. These are things most people take for granted, but when you can’t do them, it’s devastating. One of my passions is playing percussion in a band – but what good is a percussionist who can’t use both of his hands? After using the SaeboGlove for three weeks, I just performed in my first gig since the surgery.

Saebo really came through for me – it is the world champion of therapy gloves.