We are very pleased with the new progress she’s making because of these products. 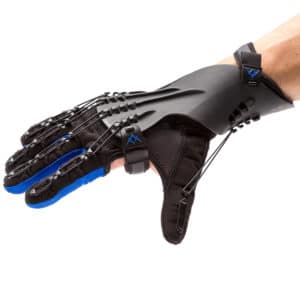 My 86 year old Mom has been very healthy until she turned 80 when they had to bypass a subclavian aneurysm. She went into afib a few weeks later and had her first stroke. Three years later an area affected by the first stroke burst causing right-side paralysis. She’s past two years on her second stroke and mainly uses a wheelchair. We are using the SaeboStep for walking to help with dragging her foot. It’s a great product.

END_OF_DOCUMENT_TOKEN_TO_BE_REPLACED 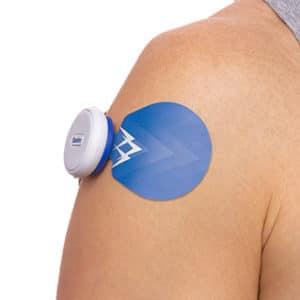 I just want to thank SaeboFlex for giving me a chance. 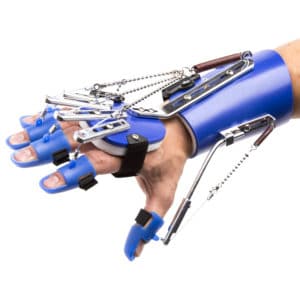 It feels like I have my hand back. I haven’t been able to move my fingers in 11 months and now I can hold them out instead of them being scrunched up all the time. I can pick up a ball and drop it in a basket. I’m telling you, it’s amazing!

END_OF_DOCUMENT_TOKEN_TO_BE_REPLACED

SaeboStim Go was perfect. I am so pleased with my progress. 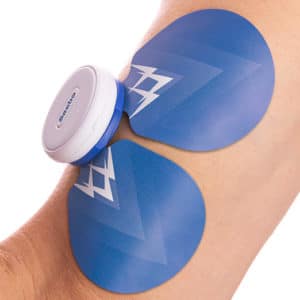 I had my hemorrhage stroke on 17th August 2018 and within a couple of weeks my shoulder subluxated and it became increasingly painful, so much so that I was unable to do any rehab. A cortisone injection improved it short term but after a couple of months, I was back to square one.

END_OF_DOCUMENT_TOKEN_TO_BE_REPLACED

I am a huge advocate for the SaeboStep!

I have been using the SaeboStep brace since about March 1st, 2019. I already wrote one testimonial about how great it has been for me and how it has allowed me to function and walk almost normally while I am wearing it. In addition to having Drop Foot I also recently had the TAVR procedure to replace my aortic heart valve. After having the successful procedure I was placed in a cardiac rehabilitation program where I am expected to exercise for 40 minutes 3 days per week in order to regain my stamina after being very sedentary for a long time due to both of my conditions.

END_OF_DOCUMENT_TOKEN_TO_BE_REPLACED

How to Replace the Lace on your SaeboStep Brace: Step-by-Step Instructions 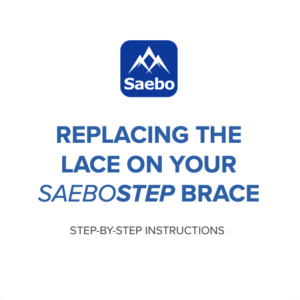 Looking to replace the adjustable lace on your SaeboStep? Watch this video for step-by-step instructions!

END_OF_DOCUMENT_TOKEN_TO_BE_REPLACED

Applying the SaeboStretch in 1 minute

Watch how to apply the SaeboStretch in 1 minute.

The SaeboStretch has a dynamic handpiece that allows the fingers to move through flexion caused by postural changes, associated reactions, and increased tone. It then gradually repositions the fingers into extension. It includes three different handpieces that offer various grades of resistance. The SaeboStretch has comfortable non-slip cover and straps to keep fingers in the desired position, adjustable thumb system to allow for radial and palmar adduction/abduction, and special padding to help maintain the integrity of the palmer arch.

Recovering from a stroke takes hard work, dedication and…imagination? While it might seem like a far-fetched statement, using only the mind to reclaim movement can be a reality for many stroke survivors.

END_OF_DOCUMENT_TOKEN_TO_BE_REPLACED

I am amazed by the visible progress and I look forward to learning about what else they have to offer!

I have been using Saebo equipment for approximately 5 years. First I used the SaeboStretch, secondly the SaeboFlex, followed by the SaeboGlove, and my newest product the SaeboStep.

END_OF_DOCUMENT_TOKEN_TO_BE_REPLACED

Our experience with SaeboStep has been amazing since the start!

Our experience with SaeboStep has been amazing since the start! Our son was injured in an accident and as a result, has drop foot. We have several expensive AFOs that he has used, but the SaeboStep has allowed him to walk normally and avoid embarrassment from wearing a brace that his teenage friends notice right away. After some months of wear, the boa on the first Saebo quit holding, so we purchased a second SaeboStep.